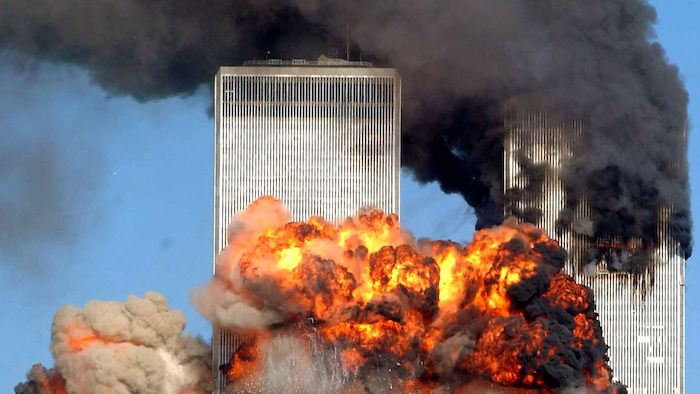 Various surveys indicate that a large percentage of the population does not believe the official 9/11 story. In fact, the more you examine the official narrative, the more questions and holes you begin to notice.

The journey to the truth about 9/11 can begin with a single question, before finally identifying the real culprits behind the attacks.

Phase 1: Questioning the official narrative. This is when you start to question the official story and start asking questions, such as, Why did World Trade Center building 7, which was never hit by any planes, fall to the ground in a perfectly controlled demolition?

Phase 2: Rejecting the official narrative and looking for answers. Once your curiosity is piqued, you may begin looking for answers. Unfortunately, many of those in the “9/11 truth” movement are steering people down endless rabbit holes that lead nowhere, while ignoring or obscuring the real culprits.

Phase 3: Identifying the true culprits behind 9/11 and the reasons for this “attack”. While phase 3 may be the end of the 9/11 journey, it can also be the beginning as you learn the real truth about other events and topics.

In the video below, you can see Major General Albert Stubblebine, a high-ranking U.S. Army officer, explain how he slowly woke up to the truth about 9/11. Notice how General Stubblebine methodically acknowledges facts and then takes that collective information to form his opinion. This is the best way to think about 9/11 – i.e. going where the facts take you.

It is important to understand that you don’t need to have all the facts in order to reject the official narrative. Don’t get bogged down in minor details; keep the big picture in mind.

In other words, you don’t have to know exactly what happened to understand that the official story of 9/11 is a web of lies. In the grand scheme of things, knowing exactly what transpired is not very important. The key question is understanding who was behind 9/11 and the real reasons why it was carried out.

Unfortunately most people in the “9/11 truth” movement remain stuck, rejecting the official narrative, but never identifying the true culprits. Don’t get stuck debating the presence of nano-thermite; instead, focus on the culprits.

Here is Dr. Alan Sabrosky, a professor at the U.S. Army War College, clearly identifying the true culprits behind 9/11:

And keep in mind that Alan Sabrosky is jewish, which dismisses anyone who wants to label him as just another antisemite.

When that video gets pulled, you can find the backup on Bitchute:

Why Were Five Israelis Arrested On 9-11 for Celebrating The Attacks?

Recently, more evidence was released implicating the degree to which Israelis were involved in 9/11. Adam Green breaks down these developments in the video below.

Backup of the video:

Donald Trump has often discussed “dancing Muslims” on 9/11, but that is incorrect. The only people caught dancing on 9/11 were Israelis:

Thousands of Jews were away from the WTC, Pentagon on 9/11 (archive)

Learn the truth and move on

In the grand scheme of things, 9/11 is just a small piece of the puzzle. Unfortunately, some people get stuck on one topic, whether it’s 9/11 or aspects of World War II.

Instead, it’s wise to share the truth with others and move on to learn about other important topics.

Now that you understand 9/11, keep going further. You are just beginning the journey and there’s a lot more to learn.